One of the frustrations about having a High Availability setup is that unless something drastic happens, you may never use it. It will only go live if you have an unexpected outage on your source box, for testing, or if you need to switch processing to it for an extended planned outage (migration to a new box, moving locations, etc.)

An HA box is an insurance policy against the unexpected; one that’s usually not intended to be productive day-to-day.

But what if you want to make your HA setup more productive and get some value out of that machine that’s just sitting there replicating all day?

In that spirit, here are five things you can try to make your HA setup more productive without losing its ability to function as a backup machine.

Check with IBM or your business partner before implementing any of these options that require licensing either by IBM or by a third-partner software vendor. In some instances, IBM sells their HA configurations at a discount with the stipulation that they are not to be used for production processing. If you bought a high-availability machine under these terms, that may limit what you can do with your HA box outside of using it as a replicated backup.

Also note that some of these options such as additional HA partitions or running database auditing or reporting software, may require additional licensing from your vendors. 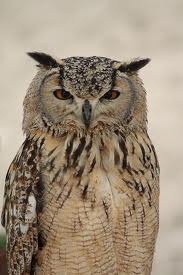