The Cardinal Rule of IT Management: One Deployment at a Time

There isn’t enough Prilosec OTC in the world to relieve the heartburn breaking this IT Management  rule has caused.

Here’s the situation and what inevitably happens.

You’re performing a major project and there’s going to be some downtime during the project. You have your major tech resources on-site, the system is down, and you decide “Hey, let’s get x done while we’re here.”

Great idea. Kill two birds with one stone and all that. 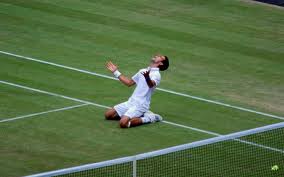 Then something goes wrong with one of your projects that requires all your tech resources. The second project starts to hover, sometimes in a half-finished state. The tech resource that could finish the project is now busy with something else, and can’t get to the second project. So it doesn’t get done and as you get closer to the end of your maintenance window, you’ve got a second function lying in pieces that isn’t coming up. So you may successfully bring one project up only to break a second function.

Worse, both the first and the second projects could go into distress, leaving you with two emergencies or endangered projects at the same time. Resources are tied up and it’s causing issues everywhere. I’ve been there and it’s no fun.

Two project deployments also take a lot of multi-tasking, which may remove your focus from the first deployment.

So my advice to IT Managers is this: one major project at a time. Even if it means your resources are sitting there BSing or playing Words with Friends for hours at a time. Major deployments can be hard enough without having to handle two at a time.

You’ll thank yourself the first time something doesn’t happen or when you discover your deployment is going to take a lot more energy and focus than you thought.

Joe is the owner of Hertvik Business Services, a service company providing written white papers, case studies, and other marketing content to computer industry companies. He is also a contributing editor for IT Jungle and has written the Admin Alert column for the past ten years. Follow Joe Hertvik on Twitter @JoeHertvik. Email Joe for a free quote on white papers, case studies, brochures, or other marketing materials.
View all posts by Joe Hertvik →
This entry was posted in IT Management and tagged deployment, IT deployment, it management, project management. Bookmark the permalink.

One Response to The Cardinal Rule of IT Management: One Deployment at a Time