Twitter Retweets: How do I Retweet Other People’s Tweets?

LinkedIn Search Tip: Getting Found in #LinkedIn Even When People Misspell Your Name http://t.co/HseQ5MSRg5 via @JoeHertvik

Using the Retweet button also sends a notice to the sending Tweeter that you retweeted their content.

Using the Retweet button helps you build connections and conversation with another Twitter user, promoting their account to others in the Twitter-verse.

Ex: RT LinkedIn Search Tip: Getting Found in #LinkedIn even when people misspell your name http://t.co/HseQ5MSRq5 via @joehertvik

Sending a retweet becomes a recommendation to your followers that you like this author’s content and feel it worthwhile to pass along. It associates your account with their content and allows you to start a conversation about it under your Twitter profile.

It’s also helpful to single out your comment with a differentiating character so people (and the author) can see where their original tweet ends and your comment starts, as shown here with the ‘>>’ characters.

Ex., MT Getting Found in #LinkedIn when people misspell your name http://t.co/HseQ5MSRg5 via @joehertvik >>gr8 for hard-to-spell names 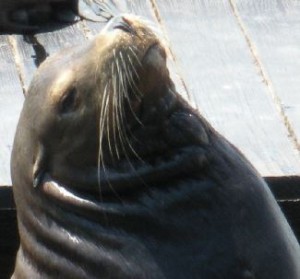 Joe is the owner of Hertvik Business Services, a service company providing written white papers, case studies, and other marketing content to computer industry companies. He is also a contributing editor for IT Jungle and has written the Admin Alert column for the past ten years. Follow Joe Hertvik on Twitter @JoeHertvik. Email Joe for a free quote on white papers, case studies, brochures, or other marketing materials.
View all posts by Joe Hertvik →
This entry was posted in LinkedIn and Twitter and tagged twitter retweet. Bookmark the permalink.